Yesterday as we pulled into camp the wind was out of the north, a headwind and just a bit chilly. But during dinner, we all felt the wind shift from the north to the west and in a matter of seconds the temperature rose by several degrees. For the first time in the entire trip it was just pleasant to sit out in our chairs, on the lawn, and just talk. We were up way too late since we still had a tough day to ride into Sydney.

On the way to the first climb we road along the Sea Cliff Bridge. A section of the road that seems to jut out into the water as you wind your way along the cliffs.

As you can see in the elevation profile below, we had two big climbs through the Royal National Park. The first big one was steep and lots of traffic on it, sometimes almost feeling as if it was brushing against us we road on the very narrow shoulder of the road.

The second climb was large as well though not as steep and by then the traffic had dissipated. The goal at this point was to make the water taxi to take us across Port Hacking into Sydney.  We got there to Bundeena early enough to even have a coffee.

The route through the 30 km was a mixture of residential and urban. The marking the TDA had done on at each turn made finding our way to the hotel fairly easy. Bryan, one of the more recent riders, lead us onward to the Sydney Opera House before we ended the ride at the hotel.

Tonight we head out to dinner with the group. It may be the last time that I will see many of the riders. It was a fun ride and it will be quite and adjustment to leave the ride and return home. 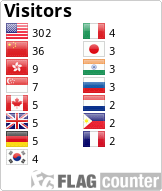